As a reminder, the State of California requires all vessels, including those with stack exhaust scrubbers, to burn 0.1% Sulfur DISTILLATE fuel in all main engines, auxiliary engines and boilers upon entering California State waters. Also as a reminder, California is claiming state waters out to 24 miles from the California baseline.

With the advent of the 0.5% sulfur IMO fuel requirement, the California Air Resources Board (CARB) has recently decided to strengthen their fuel testing protocol in an effort to identify ships burning residual fuel oil rather than distillate fuel even if that fuel is at 0.1% sulfur or less. The Pacific Merchants Shipping Association (PMSA) recently circulated the following in an effort to inform industry of this upcoming change.

“CARB Enorcement staff reached out to PMSA to discuss changes in how they intend to enforce the existing OGV Fuel Rule. Under the rule, vessels operating within 24 nautical miles of California must use a marine distillate fuel with a sulfur content that does not exceed 0.1% by weight (consistent with ISO 8217 DMA or DMB specifications). During enforcement inspections, CARB staff collects a fuel sample and analyzes for sulfur content. With the advent of the IMO standard of 0.5% sulfur limit globally in January, CARB has found it difficult to distinguish distillate fuel from residual fuel on the basis of sulfur content. As a result, they intend to expand their analysis to include a test for micro-carbon residue in order to distinguish between distillate and residual fuels. ISO 8217 does have a parameter for micro-carbon residue (maximum value of 0.30% by mass). As the parameters of ISO 8217 are incorporated by reference into the OGV Fuel Rule, the additional analysis is consistent with the requirements of the existing rule. Nonetheless, CARB intends to provide a six-month grace period for incorporating the new parameter analysis into their enforcement routine. CARB has also asked PMSA to help inform the industry on these changes.”

Please note, the above is NOT a change to the regulations. It is only a change in the fuel testing protocol. However, operators of ships burning 0.1%S residual fuel oil should take note and plan to switch to distillate fuel before entering California waters. 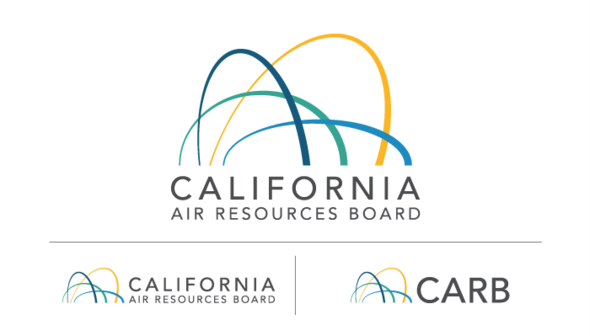 With coordination from the General Steamship Stockton office, an injured crewman was rescued from the M/V Ocean Applaud off the California-Oregon border. Thank you to all involved for your tremendous efforts! Video footage of the rescue can be seen here:

Due to the limited off-shore range of Coast Guard aircraft, California Air National Guard 129th Rescue Wing offered to assist. Coast Guard watchstanders instructed the vessel to make way toward shore and planned to coordinate response once the vessel was within aircraft range.

The C-130 returned to base and the para-rescue jumpers remained on the ship to monitor and care for the patient throughout the week. The 129th launched two HH-60 Pave Hawk helicopters Friday morning to recover the para-rescue jumpers and the patient, who was transferred to awaiting EMS and taken to Stanford Hospital in Palo Alto in stable condition.

“The 129th Rescue Wing, like what we did with the Grand Princess, continues to have a great working relationship with the United States Coast Guard,” said Col. Jeffrey Waldman, wing commander.

The 11th Coast Guard District Command Center, located in Alameda, is responsible for all marine and aviation rescue operations across 3.3 million square nautical miles of water from the California-Orgeon border south to near the Galapagos and west to waters half way between California and Hawaii.

"We greatly appreciate the outstanding support of the Air National Guard whose air crews and para-rescue jumpers conducted the long-range response and medical treatment.”

The Ocean Applaud is a 652-foot bulk carrier scheduled to arrive in Stockton. 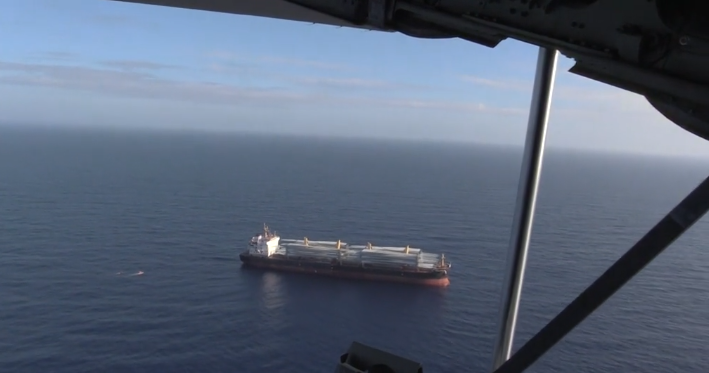 At 2200 local time, August 23, 2020, in preparation for the approaching Hurricane MARCO and Tropical Storm LAURA, the Captain of the Port (COTP) Sector New Orleans will set Port Condition ZULU in accordance with the Maritime Hurricane Contingency Port Plan (MHCPP) found at https://homeport.uscg.mil/port-directory/new-orleans.

Port Status: No vessel movement is authorized within the COTP New Orleans Zone, as described in Title 33 Code of Federal Regulations (CFR) Part 3.40-15, without permission from the COTP or designated representative, including on the Lower Mississippi River from Mile Marker (MM) 20 Below Head of Passes to MM 303 Above Head of Passes and the Gulf Intracoastal Waterway (GIWW) from MM 44.2 East of Harvey Locks (EHL) to MM 20 West of Harvey Locks (WHL).

RNA Status: Both Hurricane Regulated Navigation Areas (RNAs) are in effect as per 33 CFR 165.838 (refer to MSIB Volume XX Issue 091). All vessels still within the RNA when ZULU is set should contact the Vessel Traffic Center for consideration to evacuate into the Lower Mississippi River. The RNA canals shall not be used for safe haven. Vessel owners must use good judgment in determining a floating vessel’s mooring location during a storm. All facilities with an Annual Hurricane Operations Plan (AHOP) shall moor their vessels in accordance with those plans. If unable to comply with the enforcement of the RNAs, vessels shall contact the Waterways Management Division at SecNOLA-WPM@uscg.mil with the mitigating efforts they will take while remaining within the RNA.

Under the Ports and Waterways Safety Act, the COTP may close portions of the port in response to forecasted weather and actual damage, impact, or threat in different geographic areas within the port. The COTP may establish a Safety Zone controlling vessel movements and activities as appropriate, including all Navigable Waters of the United States within 12 nautical miles of shoreline. All vessels are strongly urged to maintain a safe distance from the offshore safety fairways to protect the integrity of the navigational shipping lanes. 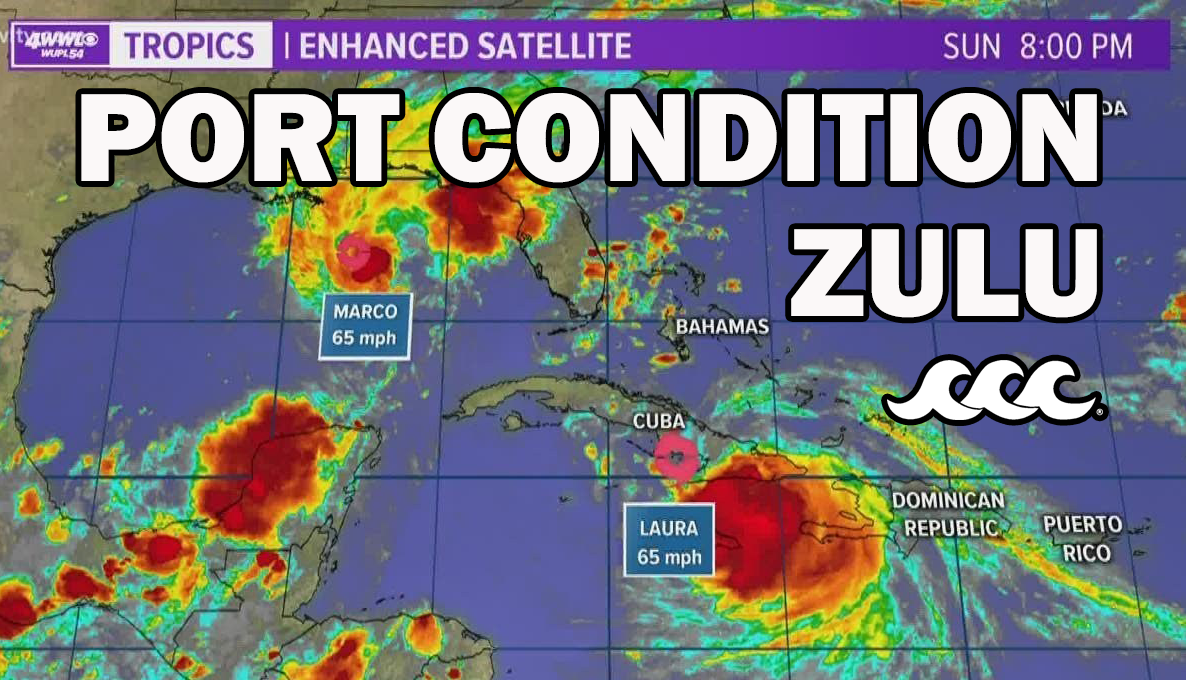 On July 20, 2020, the U.S. Coast Guard received permission to release an updated version of the current Ballast Water Management Reporting form, which they have done in the last few days. The new reporting form has an expiration date of 31 July 2023 at which time it will either be updated again or continued as is. This new reporting form should be put into use immediately.

1. The yes/no question “Alternative BW management conducted, per instructions from COTP” has been removed.

2. All vessels are now required to report the date of their last dry dock, information that is critical to the Coast Guard for determining a vessel’s compliance date as specified in 33 CFR 151.1512 & 151.2035.

The new forms can be found at the USCG NBIC website here.

We suggest these forms be immediately distributed to all owned/chartered vessels for compliance.

Last Friday, July 31st, an agreement to deepen the Mississippi River from the Gulf of Mexico through Baton Rouge to 50 feet (15.24 m) was authorized and signed by the Louisiana Department of Transportation and Development and the federal Army Corp of Engineers, the entity responsible for maintaining and dredging navigation channels in the U.S.

The project has been discussed for several years, but with funding now in place, dredging work may now be planned and started. Information on when the actual channel deepening will begin was not immediately available.  The following article from the Greater Baton Rouge Business Report describes the project in more detail:

"By Caitie Burkes for the Greater Baton RougeBusiness Report

An agreement to deepen the Mississippi River from the Gulf of Mexico through Baton Rouge has been authorized and signed.

Gov. John Bel Edwards, Louisiana Department of Transportation and Development Secretary Shawn D. Wilson and officials with the U.S. Army Corps of Engineers today announced funding for the approximately $250 million project has been allocated through a variety of sources, with DOTD, as the non-federal sponsor, committing $81 million.

The project will deepen the lower portion of the Mississippi River from 45 feet to 50 feet, providing deep-draft access to the ports at Plaquemines, New Orleans, South Louisiana and Baton Rouge. Officials tout the move as a win for the shipping industry and a way to provide and expand global markets for Louisiana farmers and manufacturers who rely on the goods for jobs.

“When completed, this project will allow larger vessels that can currently use the widened Panama Canal to reach Louisiana ports as far north as Baton Rouge,” Edwards said in a prepared statement. “It will also allow for some vessels to carry heavier loads. Nationwide, industries that depend on this Mississippi River to move goods will benefit greatly from this dredging project.”

One foot of additional depth is expected to allow approximately $1 million in additional cargo, which, once complete, will enable vendors to use the river and its inland tributaries versus the more expensive land bridges. The river and its tributaries account for over $750 billion of the nation’s economy and more than 2.4 million jobs.

Mike Steenhoek, executive director of the Soy Transportation Coalition, said in a statement that he’s proud the state is partnering with the farmers leading the United Soybean Board, the Soy Transportation Coalition and others in promoting “this project of national significance,” noting the lower Mississippi River is the No. 1 export region for America’s soybean and corn farmers. 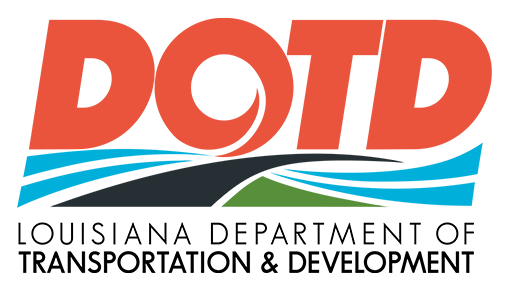 [END]
Thank you for reading The Gensteam Currents!
Check back regularly for all the latest industry news and updates.

Never miss a beat. Sign up to receive the latest industry news today!